Draymond Green’s Golden State Warriors reported on Sunday that Green will be sidelined for at least another two weeks after his MRI results came back.

“You don’t want to rush it and make it worse.”

“Good news is his strength is coming back but you have to be careful with these things. You don’t want to rush it and make it worse.”

“Good news is his strength is coming back but you have to be careful with these things. You don’t want to rush it and make it worse.”-Bob Myers on Draymond Green’s injury (Via @MorningRoast957)

Draymond Green suffered a calf injury earlier this month. To celebrate Klay Thompson‘s return, Green played only long enough to be in the starting lineup (seven seconds) before exiting the Jan. 9 game due to a sore left calf. He was evaluated by specialists all of last week.

After the team requested an MRI for Green, the results indicated his left calf soreness was tied to a disk in his lower back. As a result, he will receive physical therapy and continue to be monitored.

Green, the 31-year-old, three-time-champion for the Golden State Warriors, is obviously an important veteran on their roster. As the Warriors (31-12) currently stand second in the Western Conference, they have some cushion while Green takes his time to get right.

The team should not have too big an issue playing without Green. His absence, however, is significant. Golden State is 1-3 in its past four games without Green.

General manager Bob Myers’ comments made sense. When anyone, let alone a veteran, is injured, the best course of action is to take time to accomplish the most complete recovery.

Green has an insurmountable level of basketball IQ and veteran knowledge he can still offer his team from the bench.

In 34 appearances this season, Green averaged 7.9 points, 7.6 rebounds and 7.4 assists per game. Leaving something to be desired on offense is acceptable to his teammates; in fact, it indicates he is doing his job well. Green is a defensive animal and a space-creating genius, so with his rebounds and assists as high as they are, it shows he is playing the position he needs to.

With teammate Steph Curry making the shots he does, Green has no need to force the offensive shot from his own hands. It makes more sense for him to play the ball and create options for Curry. Green has averaged 1.4 steals and 1.0 blocks, giving him almost two full turnover opportunities a game. 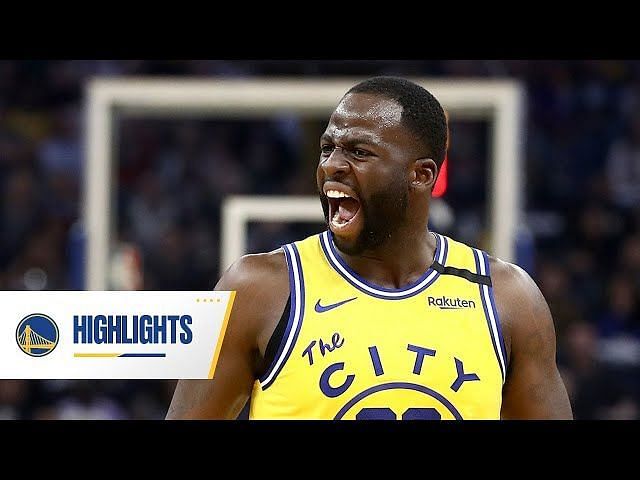 “The main thing is to be really safe and cautious … It’s a long season. That’s my sense, that we’re very cautious. We’ll just see where it goes from there.”

Each NBA team plays 82 games in the regular season, and the Warriors have played 43 games. Holding second place roughly halfway through the season gives them a bubble to take their time and still ensure a playoff spot.

The important thing at the moment is ensuring Green is healthy for the postseason.

The Warriors beat the Eastern Conference leaders, the Chicago Bulls, 138-96 on Friday without Green. A win like this over such a great team should give Kerr and the Warriors confidence they can maintain their great run even with the absence of one of their stars. Klay Thompson just returned as well, so Golden State looks to still be in great condition nonetheless.

Golden State faces off against the struggling Detroit Pistons on Tuesday night in another attempt to showcase their dominance without Green.

Gennadiy Golovkin-Canelo Alvarez face off at the Yankees