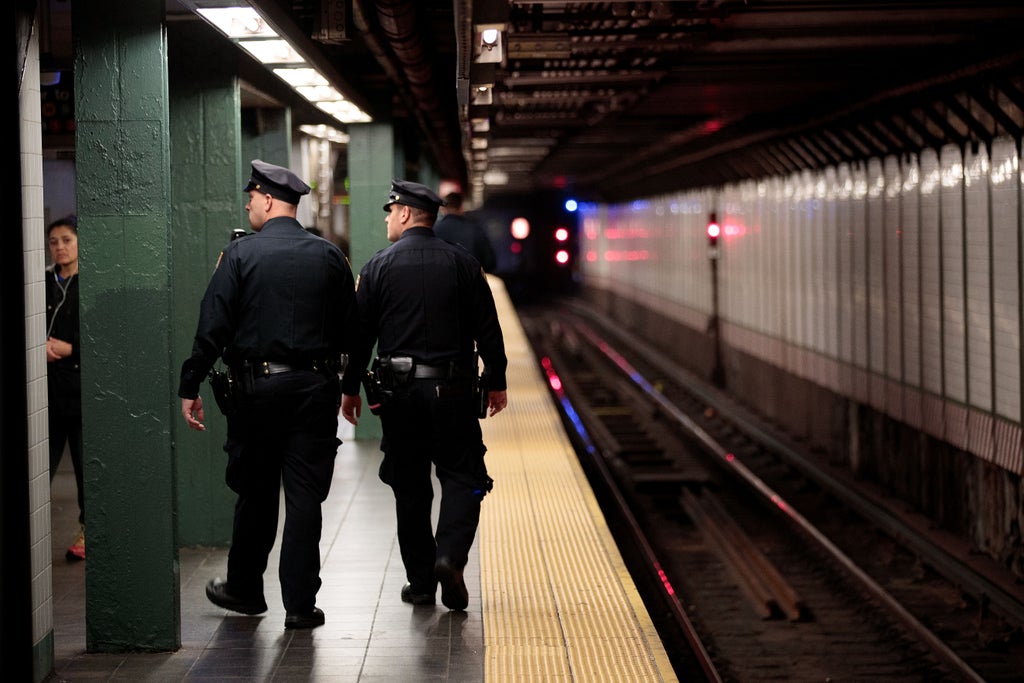 A woman was pushed to her death from a subway platform into the path of an oncoming train at Times Square, according to New York City transit police.

The incident happened around 9.40am EST on 15 January; the woman was pronounced dead at the scene, according to the New York City Police Department.

Police reported that the woman was standing near the N, Q and R train platform at the Times Square–42nd Street stop when a man approached and pushed her in front of a southbound R train.

A suspect is in custody. Details about the victim, who is reportedly Asian, were not immediately available.

According to The New York Daily News, a 61-year-old homeless man reportedly pushed the woman, entered a nearby train car, stepped off at the Canal Street stop and confessed to the crime at a nearby transit police station.

Democratic US Rep Grace Meng, who represents New York in Congress, said she is “awaiting more info on this morning’s tragedy of an Asian woman pushed to her death, but we need to implement better policies to protect New Yorkers riding mass transit and to get people the proper help that they need – mental and social services.”

Her death follows renewed pledges from Mayor Eric Adams to boost the presence of police at subway stations in an effort to prevent crime.

“Omnipresence is the key,” the mayor said at a press conference this month. “People feel the system is not safe because they don’t see officers. We’re going to bring a visual presence to our systems.”

The mayor was seen travelling to the Times Square station on Saturday.

Ridership on the city’s subways in 2021 fell more than 50 per cent from their pre-pandemic rates, as a series of high-profile crimes have drawn scrutiny into subway violence, while rates of major crimes were overall at their lowest in roughly two decades.

More than 2,000 officers are assigned to patrol the city’s subways, and Mayor Adams and New York Governor Kathy Hochul said earlier this month that more officers will be performing sweeps across stations.

There were three murders reported in the city’s subways in 2019 and six in 2020. Through November, six murders were reported in 2021.

This is a breaking news story. More follows…