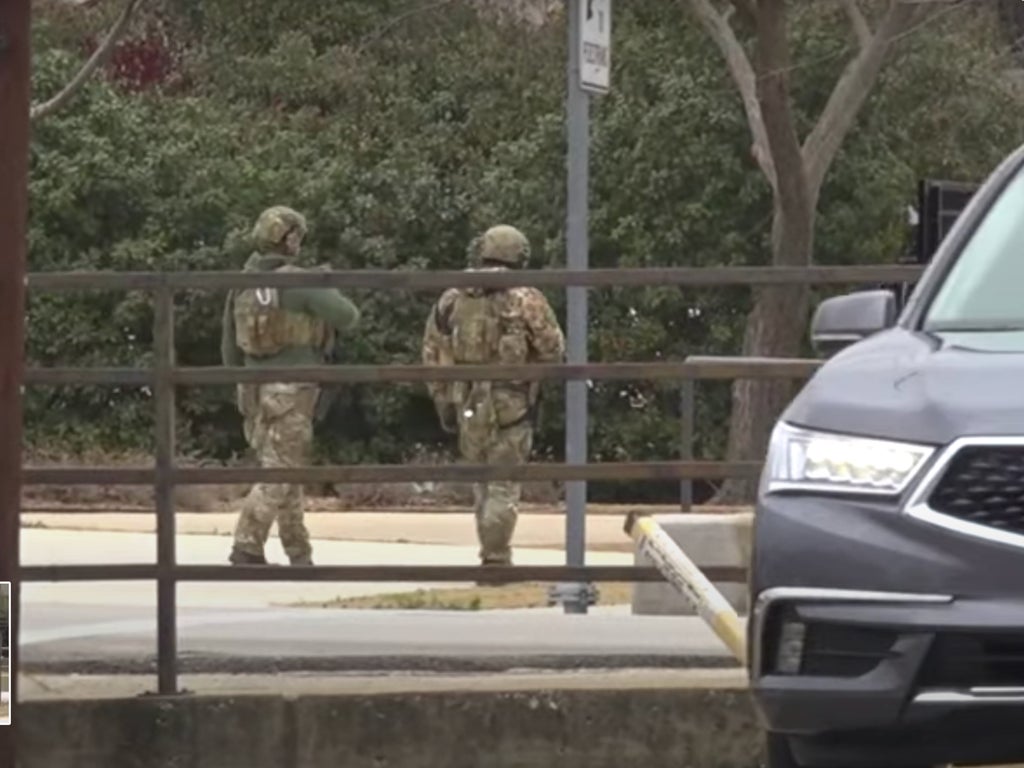 Police in Colleyville, Texas are negotiating with a man who has taken hostages at a synagogue during a live-streamed service on Saturday, according to reports.

Colleyville police said that they were responding to the situation with SWAT teams near Congregation Beth Israel. FBI special agents are also at the scene.

“We are currently conducting SWAT operations around the 6100 block of Pleasant Run Road. All residents in the immediate area are being evacuated. Please avoid the area,” the police department tweeted, at 11.31am Central Time (CT).

The incident began while a service was being live-streamed on Facebook. Congregants who were attending remotely said that they heard a man shouting on the broadcast.

In clips posted on Twitter before the live-stream was removed, a man can be heard saying: “What the f*** is wrong with America? There is something f***ing wrong with this system that you are still trying to do a deal with me.”

According to ABC News, the suspect’s name is Muhammad Siddiqui. He is reportedly the brother of Aafia Siddiqui, a Pakistani neuroscientist serving an 86-year prison sentence in Fort Worth, Texas for attempting to murder a US soldier in Afghanistan.

A source at the scene told ABC that the suspect was armed and claimed to have bombs in unknown locations, and was demanding that Aafia Siddiqui be set free.

In one clip posted on Twitter, the man can be heard saying: “Are you gonna get my sister on the phone or not? I tell you one thing – once you get my sister, things will [inaudible]… come on, get her on.”

Photos of the scene showed law enforcement vehicles, officers in combat gear, and an armoured van outside the front portico of the synagogue.