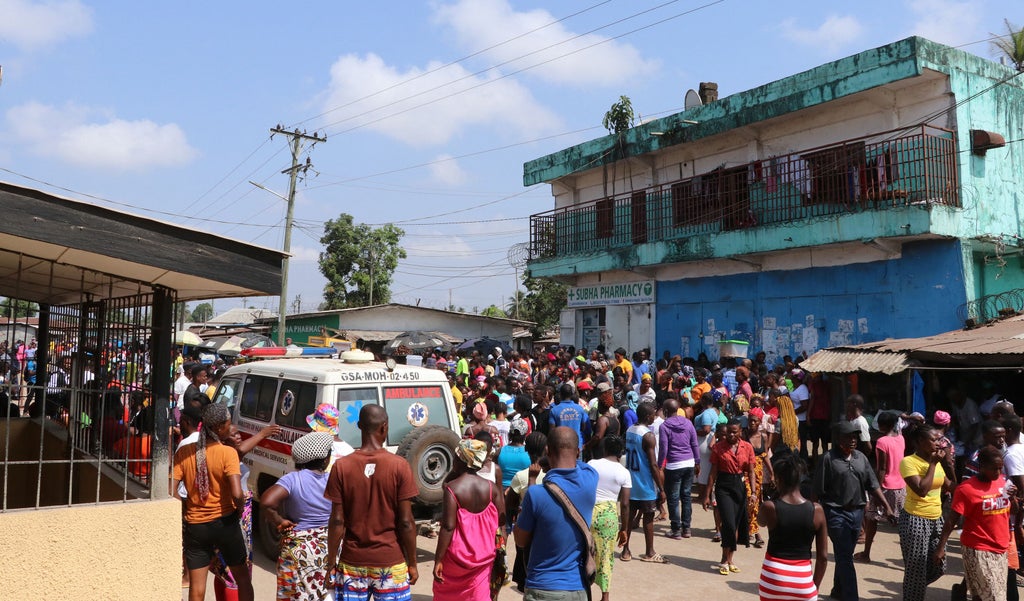 A stampede at a church gathering in Liberia’s capital Monrovia has killed 29 people, including 11 children and a pregnant woman, officials have said.

Chaos erupted when a gang of thugs armed with knives attacked some of the hundreds of worshippers attending the Christian ceremony at about 9pm on Wednesday night, police spokesman Moses Carter said.

“The doctors said 29 persons died and some are on the critical list,” deputy information minister Jalawah Tonpo told state radio, calling in from a nearby hospital. “This is a sad day for the country.”

Exodus Morias, a resident who attended the event, told Reuters the stampede began after a group of armed men rushed the crowd in an attempt to stage a robbery.

“We saw a group of men with cutlasses and other weapons coming toward the crowd,” Mr Morias said. “While running, some people dropped and others fell on the ground and walked over them.”

Police spokesman Moses Carter declined to comment on what caused the incident. He said an investigation is under way.

President George Weah, who is expected to visit the site on Thursday afternoon, declared a three-day period of national mourning and said the Liberian Red Cross and Disaster Management Agency had been called in to assist victims, according to his office.

“Moving forward,” he said there should be regulations on how these ceremonies, which Liberians call crusades, are conducted. The measures, Mr Weah said, should limit the number of people who can attend based on the size of the crusade grounds.Even though “we all are religious people,” everyone should be willing to comply with these regulations for safety reasons, he added.