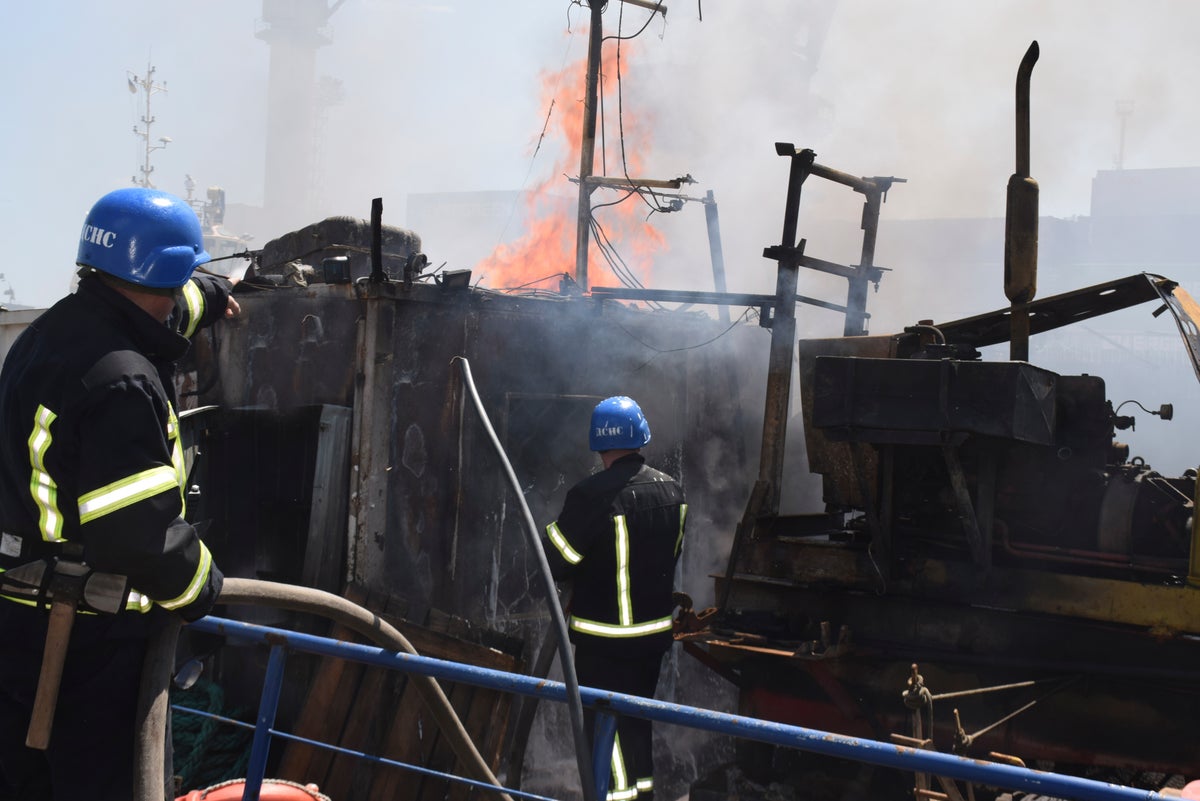 Russia has claimed its missile strikes against the Ukrainian port of Odesa over the weekend would not affect grain exports.

Kremlin spokesman Dmitry Peskov said on Monday that Russia had only targeted military infrastructure in the strikes, which took place on Saturday.

The attack came just hours after Kyiv and Moscow had secured the conflict’s first diplomatic breakthrough to resume grain exports from Ukraine, as fears grow of a potential global food crisis.

“These strikes are connected exclusively with military infrastructure,” Peskov said. “They are in no way related to infrastructure that is used for the export of grain. This should not affect – and will not affect – the beginning of shipments.”

Ukraine had earlier described the weekend attack as a “spit in the face” of the agreement signed last week.

There has been widespread scepticism that the deal will be implemented, which has only increased since events at the weekend.

Ukraine’s grain exports have largely stalled because of Russia’s invasion. Both countries are major exporters of grain, including wheat, corn and sunflower seeds.

As part of the deal, brokered by Turkey and the United Nations, and concluded in a grand signing ceremony in Istanbul on Friday, the UN and Russia also signed an memorandum of understanding to facilitate unimpeded access of Russian fertiliser and other products to global markets.

“The UN should implement its part about the indirect restrictions imposed against Russian grain and fertiliser shipments,” Peskov said on Monday.

“There are no direct (restrictions), but there are indirect ones that do not allow us to fully fulfil these shipments, which are vital for international markets, and especially those regions where hunger is beginning to become especially palpable.”

The Kremlin said it was too early to say whether the deal would be a success until the mechanisms outlined in the agreement start operating.

OnePlus 10T to come in Moonstone Black and Jade Green