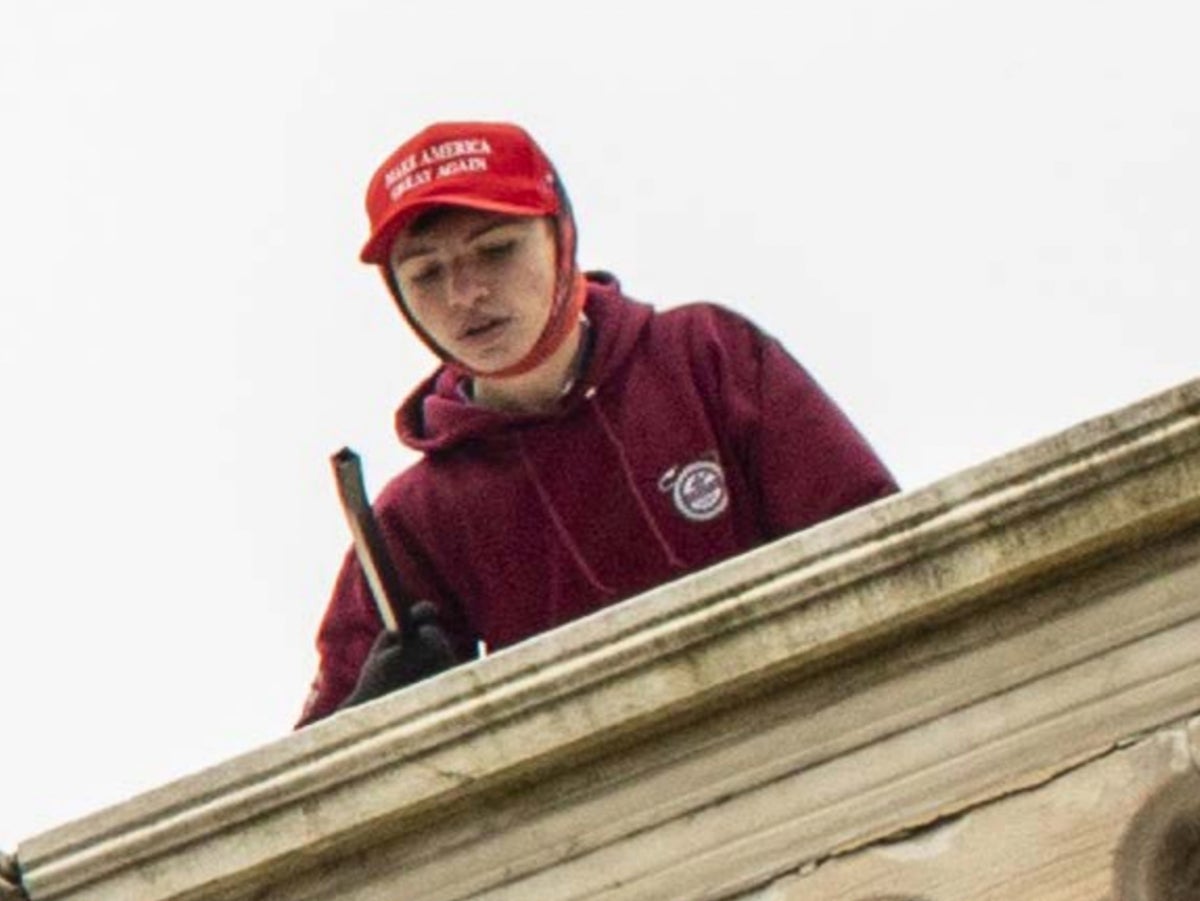 Federal prosecutors are seeking a 30-day jail sentence for a Capitol rioter accused of having dozens of images that reflect Nazi and white supremacist sentiments on his phone.

Twenty-two-year-old Elliot Bishai, of Fort Mill, South Carolina, pleaded guilty in April to charges stemming from his involvement in the Jan 6 attack to prevent Congress from certifying Biden’s victory.

Ahead of Bishai’s sentencing in Washington, prosecutors have also asked Judge Tanya Chutkan to give him 12 months of supervised release, 60 hours of community service and a $500 restitution in addition.

In a memorandum filed on 21 July, the prosecution said that Mr Bishai stormed inside the Capitol through a shattered window, and yelled ‘‘Let’s go’’ and ‘‘Civil War 2” as he made his way inside room S145.

Over 80 images found on his cellphone showed content aligned with Nazi and white supremacist ideologies. In addition, he had downloaded over 400 videos by the far-right Internet personality “GypsyCrusader.”

Poised to paint a very contrasting picture of the former pilot student, Bishai’s lawyer highlighted his service as a firefighter and in the Army, and downplayed his role in the Capitol riot.

‘‘Defendant has already lost an opportunity to serve the United States Army as a pilot in the Army Warrant Officer Flight Program. That has been Elliot’s lifelong dream and his actions have already cost him dearly,’’ Mr Bishai’s attorney, Dan Brown, wrote in a separate memorandum filed Friday.

Mr Brown vigorously argued that a prison sentence is not needed as Mr Bashai’s student pilot’s license was subsequently revoked by the Federal Aviation Administration.

The defence’s memorandum did not elaborate on why Mr Bishai drove nearly seven hours from Fort Mill to Washington DC, with his girlfriend and co-defendants Eliaz Irizarry and Grayson Sherril.

At the time, Mr Bishai was as a member of the United States Civilian Air Patrol, a federally supported public entity devoted to public safety.

The filing goes on to trivialise Mr Brown’s reference to a second Civil War, arguing that he became ‘‘caught up in the moment”,’ and that he doesn’t recall uttering those words.

‘‘The words are embarrassing because Mr Bishai became caught up in the moment outside the Capitol, as others were yelling, and he briefly joined in the yelling fray, for a few moments, unfortunately,’’ the filing reads.

Mr Brown even argued that his client was ‘‘respectful towards Capitol officers and that he … fist bumped with several of them.’’

‘‘Inside the Capitol, he did not raise his voice as he had outside the Capitol, and left peacefully after a relatively short period, showing that he was not in any way, shape, or form interested in any sort of “Civil War II,” Brown wrote.

Mr Bishai has pleaded guilty to charges of entering restricted buildings, disorderly conduct, and picketing in a Capitol building.

He is expected to receive a sentencing on Friday. The Independent has reached out to his attorney for comment.

No NFTs in Minecraft? This Crypto Group Will Make Its Own Game