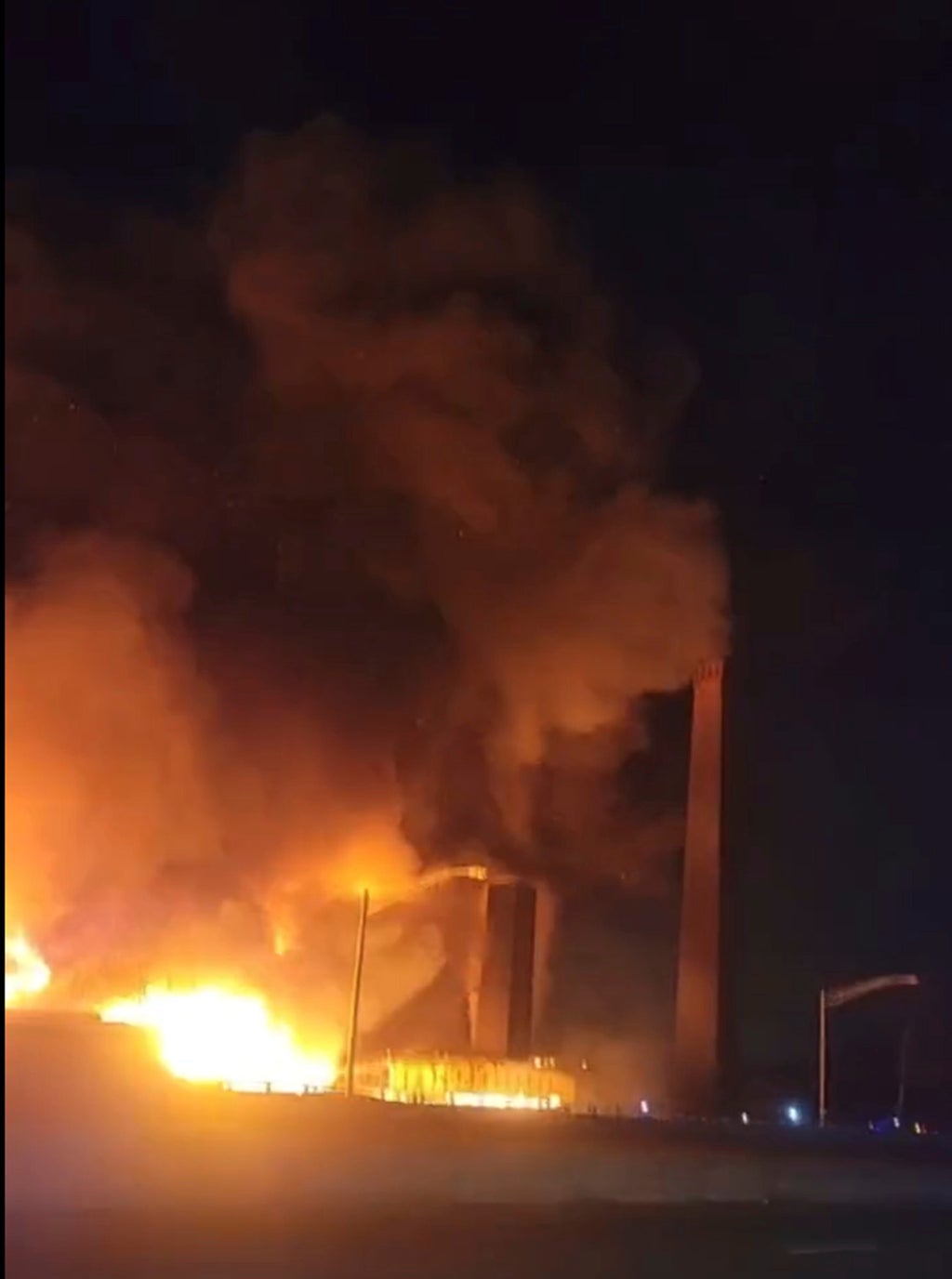 More than 200 firefighters in Passaic, New Jersey battled a massive blaze on Friday night that extended into the early morning hours on Saturday, prompting evacuations in the immediate area .

Smoke from the fire – which impacted a chemical plant that manufactures swimming pool and jacuzzi cleaning supplies – was thick enough to be seen on weather radar and as far as neighbouring New York City.

Passaic Mayor Hector Lora said the blaze is “the worst that I’ve ever seen.”

No major injuries have been reported.

Video posted on social media on Friday night showed flame balls erupting on the side of a highway, with smoke and flames appearing to reach nearby trees and buildings.

Videos posted on social media on Friday night capture the sight of the blaze and its proximity to residences as frigid winds carry heavy smoke.

On Saturday morning, smoke could still be seen rising from the site of the fire.

Passaic Mayor Hector Lora estimated more than 200 firefighters responded to the fire on Friday night, and many had been sent home by Saturday morning.

One firefighter received a minor eye injury, but there have been no major injuries on the site.

Qualco, which produces and distributes chemicals used to treat pools and spas, has been a local staple for mor than 30 years, according to NorthJersey.com.

The company’s daily inventory in 2020 maintained several kinds of chemicals, from 500 pounds of sodium hexametaphosphate to 500,000 pounds of the industrial disinfectant trichloroisocyanuric acid, according to data collected by the state Department of Environmental Protection.

The Passaic Fire Department used the facility in the 1990s as a training site for responding to chemical disasters, NorthJersey.com report

Passaic was 20 degrees Fahrenheit after midnight on Friday with subzero wind chills overnight and winds of about 15 to 20 miles per hour, according to the National Weather Service.

The fire at Majestic Industries and the Qualco chemical plant in Passaic spread to multiple buildings and threatened their collapse, officials said.

Water from firefighter hoses froze in cold weather and made the environment slick and hazardous for responders.

Motorola is reportedly working on a new flagship with a 200MP camera, Snapdragon Gen 8 and 144W charging