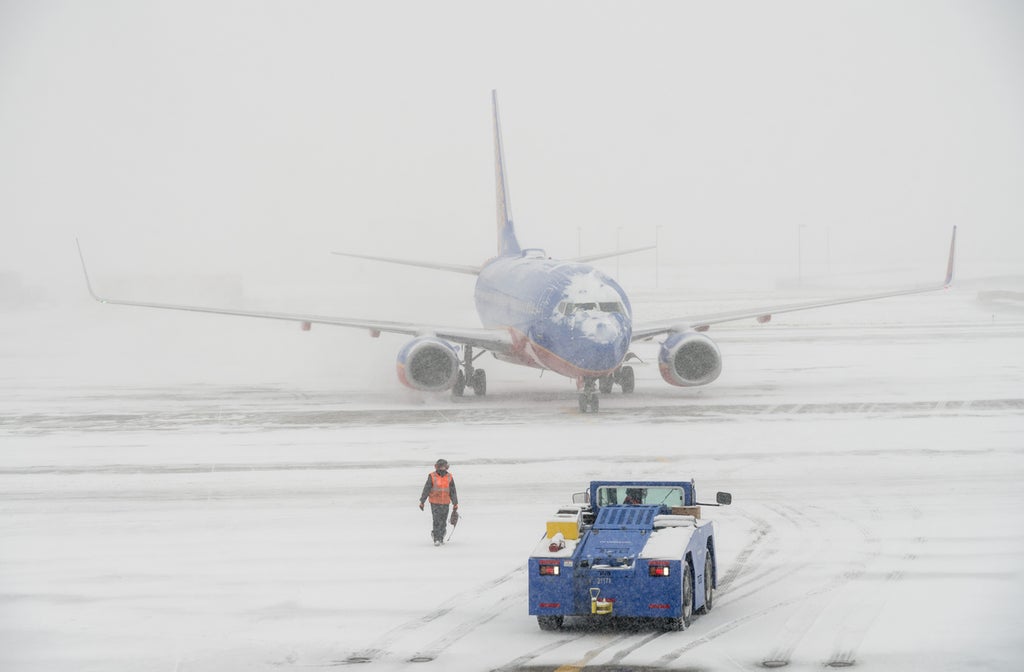 More than 1,200 flights were cancelled by US airlines on Monday, as a powerful winter storm continues to batter the East Coast with heavy rainfall, sleet and snow.

Its been a tricky period for airlines companies in the US, as more than 3000 flights were cancelled on Sunday as a result of the weather. American Airlines, for instance, was forced to cancel 1,100 flights alone on Sunday.

“This weekend’s winter storm is expected to have a significant impact on our operation, especially at Charlotte International Airport,” AA said in a statement. Further to this, they issued a travel notice allowing customers affected by the weather to rebook flights without a fee.

Up and down the East Coast, Arctic temperatures and strong winds caused chaos. In Georgia, Virginia and the Carolinas, each respective Governor declared a state of emergency on Sunday.

The disruption has affected thousands of travellers over the holiday weekend, with many offices and schools being closed on Monday for Martin Luther King Jr Day.

Flights in and out of the capital were also impacted on Monday, with 38 cancellations being announced at Washington, DC’s Ronald Reagan airport.

Unsurpisingly, American isn’t the only carrier to have been severely impacted by the winter storm conditions. As of Monday morning, Southwest cancelled 72 flights, according to FlightAware, while Delta Air Lines cancelled 37 flights. JetBlue canceled 49 flights and 82 flights on United have been axed.

Following a much-improved 2021, it’s been a dreadful start to the New Year for many US airlines. A combination of the extreme weather and a sharp rise in new Omicron cases saw in excess of 20,000 flights get cancelled over the busy holiday travel season.

“Other clubs would do the same thing”