Premier League champions Manchester City have announced their third signing of the summer, in the form of Leeds United midfielder Kalvin Phillips, in a deal worth up to £50m.

The midfielder has signed a six-year deal with the Cityzens, and will wear the no.4 shirt for Pep Guardiola’s side, last donned by club legend defender Vincent Kompany.

Phillips joins Erling Haaland and goalkeeper Stefan Ortega as new arrivals on the blue side of Manchester this summer, and it is expected that attention will now turn to adding a new left-back to the squad, a deal that could take their spend north of the £150m this summer.

Despite being a Leeds boy, it seems that the chance to work with Pep Guardiola was too much for Phillips to turn down.

“I am absolutely delighted to have joined Manchester City,” he revealed.

“City have again proved to the best team in the country with an amazing squad and a manager in Pep Guardiola who is rightly considered to be the finest in the world.

“To be able to play under Pep and learn from him and his coaching staff as well as be part of a such a fantastic squad is a prospect that I am incredibly excited about.

“City are a world-class Club with world-class staff and facilities and it’s a dream come true to have joined the Club.

“Now I can’t wait to get started and to look to try and help the team to go on and achieve more success.”

Meanwhile, Director of Football Txiki Begiristain revealed the long-term admiration of Phillips on behalf of the club, and spoke of his excitement to watch his latest recruit in action.

“Kalvin is a player that we have long admired, and at both domestic and international level, he has proved his fantastic ability and quality over the past few seasons”, he admitted.

“His reading of the game, alongside his passing ability, energy and drive make him a formidable talent and he is a player who has a fantastic will to win.

“We feel he will be a superb addition to our squad and that he will complement our game perfectly.”

“Everyone here is looking forward to watch Kalvin play and develop even further over the next few years.” 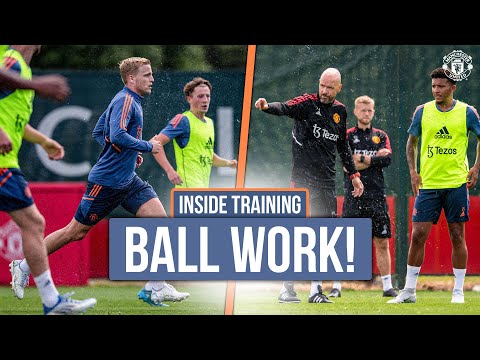 On The Ball In Pre-Season! || INSIDE TRAINING 🏃‍♂️

Oak9 adds security for infrastructure-as-code and the cloud