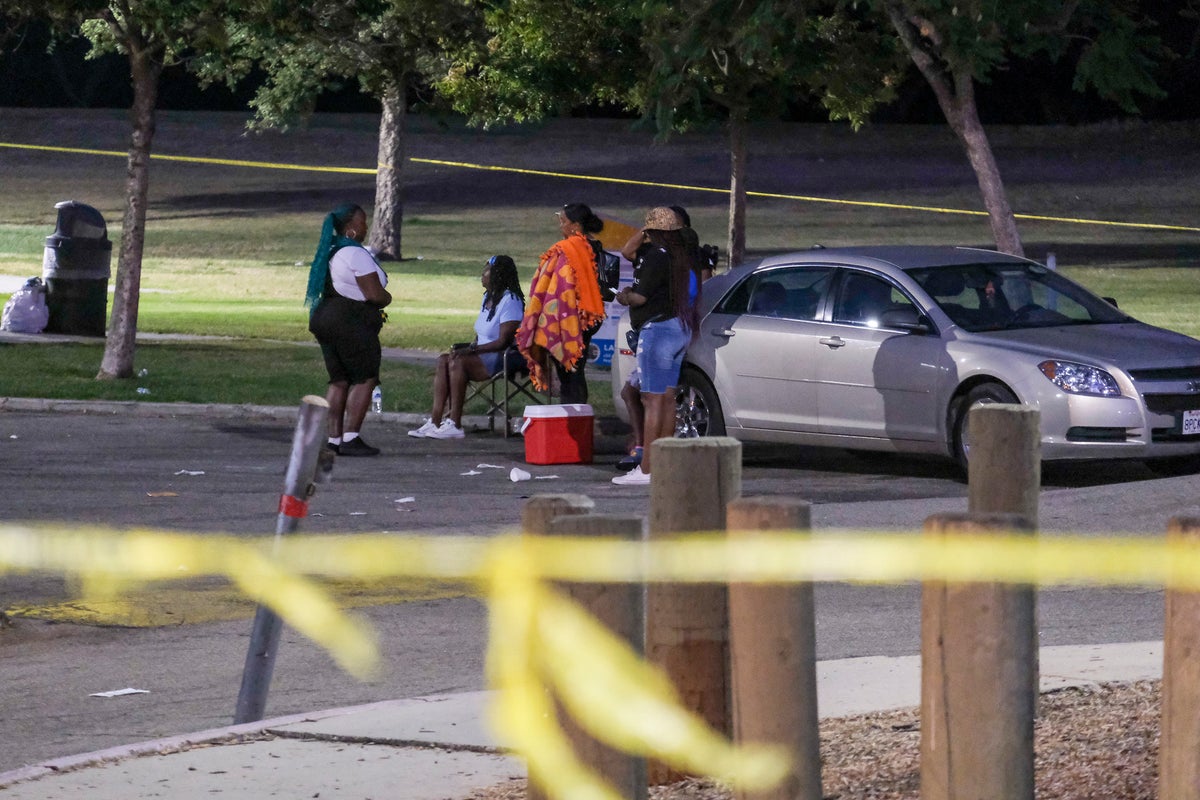 At least two people were killed and five others injured in a shooting on Sunday at a Los Angeles park where a crowd had gathered for a car show.

Seven people were shot at by one or two shooters at Peck Park in Los Angeles’ San Pedro neighborhood on Sunday afternoon, and were rushed to hospital, the Los Angeles fire department said. Two of them later died, authorities said.

The LA police department said it was not an active shooting situation when they responded to the shooting around 3.50pm at the park.

“Around 3.50pm, Harbor Division officers responded to 911 calls of a shooting with multiple victims at Peck Park. NOT an active shooter situation. PIO is enroute. Unknown number or condition of victims at this time,” LAPD said in an initial tweet.

“There are no public safety concerns at this time. The park will remain closed for hrs until the preliminary investigation is complete,” it said in an update.

At least 500 people were at the park at the time of the shooting, the police added.

LAPD captain Kelly Muniz said during a news conference that casualties were reported at the park’s baseball diamond.

“The original call came out as having multiple shooting victims on the baseball diamond at Peck Park. As we speak here, this is an ongoing, active crime scene, and we are continuing to clear the park for evidence and potentially additional victims,” Ms Muniz said.

“We don’t know exactly how many shooters we have at this point.”

“It appeared to be a dispute between two parties,” she said, adding that they are also investigating the angle of “numerous” people firing shots.

Authorities had not granted permission for the car show, Ms Muniz added.

No arrests have been made so far and the motive of the shooting is unknown.

A witness at the park told NBCLA that they heard around 30 shots. “There were probably like 15 shots, and then a couple minutes later, like, 15 more shots,” a witness, who was not identified, said.

“We were just sitting there chilling, enjoying our Sunday, and then we heard gunshots,” another witness at the game said. “I just started seeing people running. Next thing you know, the gunshots came closer and closer.”

Peck Park is a popular gathering and outing place where people enjoy birthday parties, barbecues and car shows. It is 20 miles south of downtown Los Angeles. San Pedro, which is home to the country’s largest port, has an ethnically diverse population.

It is the latest incident of shooting in the US as the country reels with violent killings.

US president Joe Biden last month signed into law the first major piece of federal gun reform legislation in three decades, saying it would “save a lot of lives”.

The historic bill, which includes provisions to help states keep guns out of the hands of those deemed to be a danger to themselves or others, was passed in the Senate following bipartisan talks between Democrats and Republicans.

The Bipartisan Safer Communities Act includes a provision to expand federal background checks so that firearms retailers will be obliged to examine the state and local juvenile and mental health records of prospective customers aged 18 to 20.