Dana White recently admitted he was interested in a clash between Nate Diaz and Dustin Poirier despite no major headway into setting it up. He also reassured the Stockton native that he’d get a fight in the promotion.

Diaz and Poirier have gone back and forth on social media, indicating their interest in going up against each other. The Ultimate Fighter Season 5 winner, who only has one fight left on his contract, recently posted a Tweet beckoning the UFC to give him a fight against ‘The Diamond’:

During an interview with ESPN’s Brett Okamoto, White addressed the tweet and assured the younger Diaz that the UFC would get him a fight:

“Yeah, of course, we’re interested. This is what we do. We make fights every weekend. What happens is guys want to jump out of nowhere and say, ‘I want to do this. I want to do that.’ We have fights booked all the way until I want to say May 2 right now. Everything is in place, everything is done. I say this all the time. I’ve been saying this for 20 years. We’re contracted to get guys fights three times a year. They’ve got to get fights. We’ll get a fight.”

Check out Dana White’s entire conversation with Brett Okamoto below: 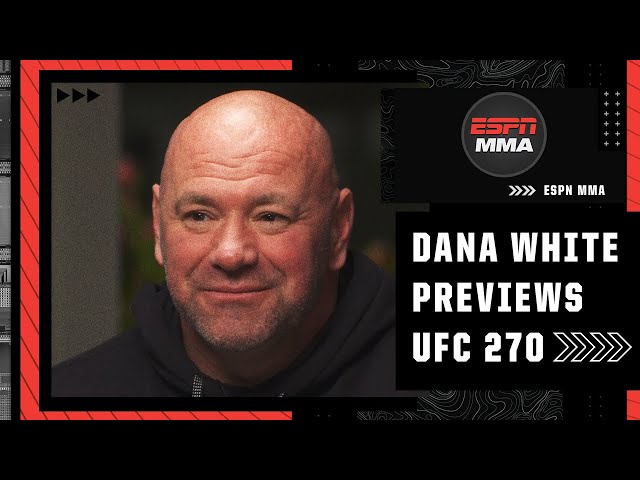 Nate Diaz is calling out Dustin Poirier for what would be the last fight on his UFC contract. However, Michael Bisping doesn’t think that the Stockton native will leave the world’s premier MMA promotion without having a rubber match against Conor McGregor.

During a recent episode of the Believe You Me Podcast, Bisping stated that there’s too much money involved in a third Diaz-McGregor fight for any of the parties involved to turn down. He added that the UFC would want The Ultimate Fighter season 5 winner to sign a one-fight extension before a potential bout with Poirier:

“Nate Diaz isn’t going to get out of the UFC without fighting Conor McGregor a third time… No way. Too much money. It’s a big fight. Diaz-McGregor III. Huge. In fact, they said about the Dustin fight, didn’t they? They said they would do it with the proviso or the caveat that you sign for one more fight. Because they want to do the Conor McGregor fight.”

Check out the entire podcast below:

Since they are two of the most exciting fighters in MMA, a clash between Diaz and Poirier has the potential to be one of the best fights of the year.

Gennadiy Golovkin-Canelo Alvarez face off at the Yankees