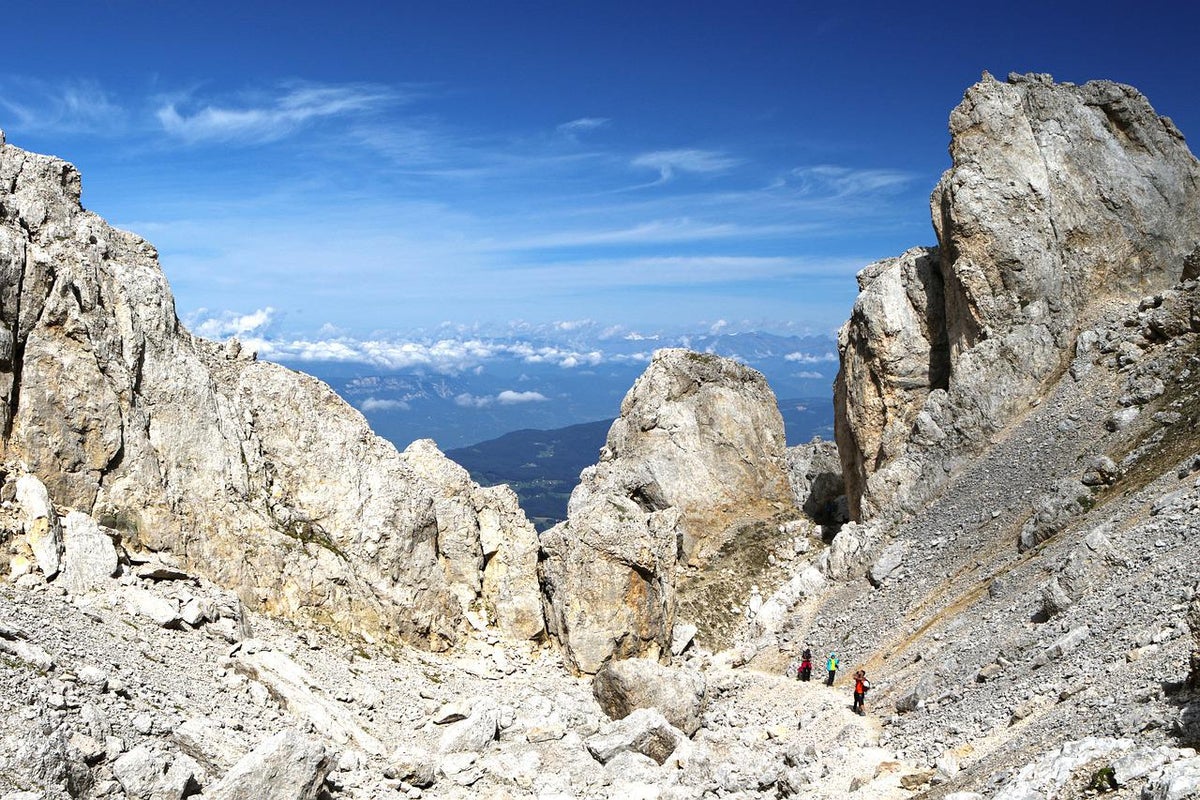 A 56-year-old British tourist has fallen to her death while hiking in Italy with her husband, according to reports.

The hiker is said to have fallen 100ft from the Santner via ferrata on the Catinaccio, in the Dolomites, northern Italy.

She was hiking with her husband during the accident and the pair were descending the mountain shortly before 2pm on their way to the Coronelle refuge when she lost her balance.

The Briton’s body was subsequently recovered by a mountain rescue team deploying helicopters to assist the mission. The victim has not yet been identified in local media reports.

Just days earlier, a 55-year-old tourist died hiking the famous mountain range, after he lost his grip along the Santner via ferrata.

A week ago a young man also lost his life when he fell from the Laurenzi via ferrata also on the Catinaccio.

Earlier this month, an avalanche on the Dolomites killed nearly a dozen people when a huge chunk of ice detached from a melting glacier and sent a torrent of ice, rock and debris on to hikers below.

The news comes weeks after British tourist Gerard Christopher Turner was found dead at the bottom of a cliff following his disappearance on a walk in the woods near where he was staying with his family in Lezzono, Lake Como, near the Alps in northern Italy.

A helicopter, utilising a thermoscanner, was used to try to locate the tourist before his body was eventually found at the bottom of a gorge by drones flown by firefighters.

A British sales director also feared to have drowned on holiday after he dived into Lake Garda in northern Italy to save his teenage son.

Aran Chada, 51, was taking a boat trip in northern Italy on Friday with his partner, their 14-year-old son, and their daughter when the incident occurred.

The sales director, first identified had reportedly been enjoying a boat trip with his family to celebrate his upcoming birthday. They were around 500 metres from the shore on the rented pleasure boat when he noticed that the teen had got into trouble in the water.

Mr Chada was able to bring his son back to the boat, and his partner, Holly Mosley, 39, dragged the boy back on board. However, Mr Chada slipped beneath the surface, “perhaps suffering a seizure”, as his horrified family looked on, coastguard commander Antonello Ragadale said.

Rescue boats, helicopters, divers and a robot submarine were called to the lake, which is up to 300 metres deep in some places, but after hours of searching there was no trace of Mr Chada.

The Independent has approached the Foreign, Commonwealth and Development Office for comment.

What you need to know about online identity theft