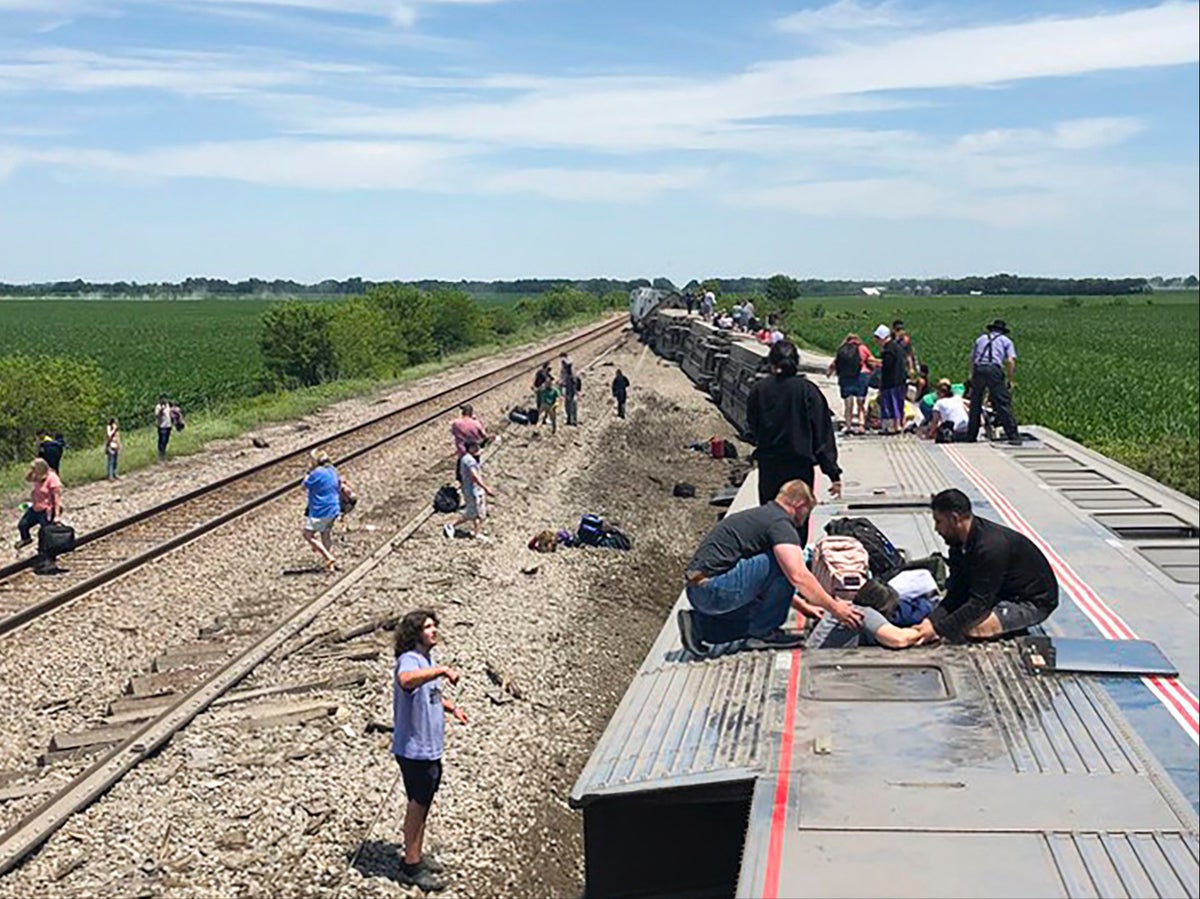 Amtrak is suing the owner of the truck that was hit by a train in Missouri, leading to a fatal derailment.

The lawsuit filed Thursday seeks $75,000 from MS Contracting, which operated the dump truck that was struck by a train on 27 June.

It alleges that the truck’s driver, Billy Dean Barton II, was aware that it was unsafe to cross the tracks when he did so because he could see that the train was on its way toward the crossing.

“Despite the fact that it was unsafe, careless and reckless to do so because of the clearly visible approaching Amtrak Train 4, Barton failed to yield the right of way to the approaching Amtrak Southwest Chief Train 4,” the lawsuit states, according to Insider.

Amtrak said in a press release earlier this week that three passengers and the truck driver were killed in the collision.

The train operator says in its lawsuit that MS Contracting is responsible for the crash, claiming that Mr Barton wasn’t properly trained.

Amtrak claims that MS Contracting “negligently, carelessly and recklessly failed to properly train and supervise its employees, including Bill Barton, causing the collision and derailment of Amtrak Train 4”.

More than 240 passengers were on the train at the time of the collision. The train was on the way to Chicago after starting in Los Angeles when the collision occurred near Mendon, Missouri at about 12.24pm local time. Several train cars ended up on their sides.

More than 50 people were injured in the derailment.

The lawyer representing MS Contracting told KSHB 41 that they’re aware of the legal filing but they’re not currently commenting on the matter.

In a statement on 28 June, Amtrak said: “We are deeply saddened to learn that the Missouri State Highway Patrol is now confirming that four people, three passengers and the truck driver, have lost their lives as a result of this grade crossing incident.”

“There are also several reported injuries among the passengers and crew members traveling on the train. Amtrak is working with local authorities to make sure those who are injured get medical care and everyone else receives services and transportation,” they said at the time.

Egypt fire: At least 41 killed and dozens injured as blaze rips through church

Egypt fire: At least 41 killed and dozens injured as blaze rips through church

Who is Ricky Shiffer, the Trump-supporting Ohio gunman who attacked the FBI?