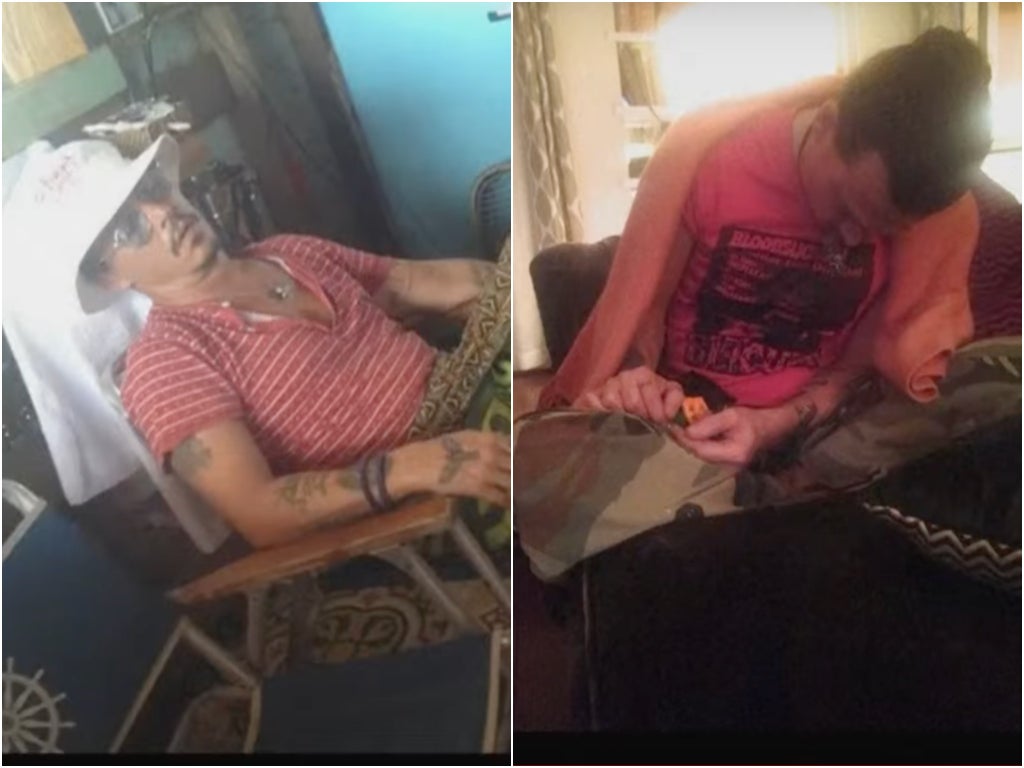 The court has been shown images of Johnny Depp allegedly passed out after using drugs as Amber Heard continued her testimony.

The defamation trial between Mr Depp and Ms Heard began on Monday 11 April in Fairfax, Virginia following Mr Depp’s lawsuit against his ex-wife in March 2019. Mr Depp is arguing that she defamed him in a December 2018 op-ed published in The Washington Post titled “I spoke up against sexual violence — and faced our culture’s wrath. That has to change”.

Ms Heard said she “would look for clues” in terms of Mr Depp’s drinking and drug use.

“He would pass out, and get sick, and lose control of himself. And people would find him, and fix him up … I would take pictures to document it”, she said.

In terms of addiction, she said you “had to hit rock bottom” in order to make improvements.

Ms Heard said she noticed a “pattern change” in Mr Depp, such as him falling asleep in the middle of a conversation.

The court was then shown a picture of Mr Depp appearing to be asleep in a chair. Ms Heard said this image was taken in the Bahamas and came after a “stint of sobriety”. She added that Mr Depp then started drinking again with his friend, British actor Paul Bettany.

In another picture shown to the court, Mr Depp is slumped forward. Ms Heard said he was “on a drugs binge, no eating, little or no sleep … and that would just go on all day long”.

In her 2018 op-ed, Ms Heard wrote that “like many women, I had been harassed and sexually assaulted by the time I was of college age. But I kept quiet — I did not expect filing complaints to bring justice. And I didn’t see myself as a victim”.

“Then two years ago, I became a public figure representing domestic abuse, and I felt the full force of our culture’s wrath for women who speak out,” she added at the time.

While Mr Depp isn’t named in the piece, his legal team argues that it contains a “clear implication that Mr Depp is a domestic abuser”, which they say is “categorically and demonstrably false”. Mr Depp is seeking damages of “not less than $50m”.

Ms Heard has filed a $100m counterclaim against Mr Depp for nuisance and immunity from his allegations.